Save $10 on a Basic or Basic +2 membership through 12/9. Use code FLASHSALE22 at check-out (Not valid with any other offers. Not valid on gift memberships.) See member options.

Dinos A to Z

From Alamosaurus to Zuul, stomp through the alphabet and explore the extraordinary world of dinosaurs with Eli Lilly and Company Extraordinary Scientist-In-Residence Dr. Victoria Egerton. Explore giant long-necked, long-tailed sauropods. Discover incredible beasts the size of modern-day birds. Encounter two-legged theropods. Dr. Egerton will take you on an alphabetized adventure as she shows you dinosaurs from all around the world!

Do you know a dino superfan? Our Dinos A to Z Family Guide was created by our expert child educators and school services team will help take your dino-related conversations up a notch! 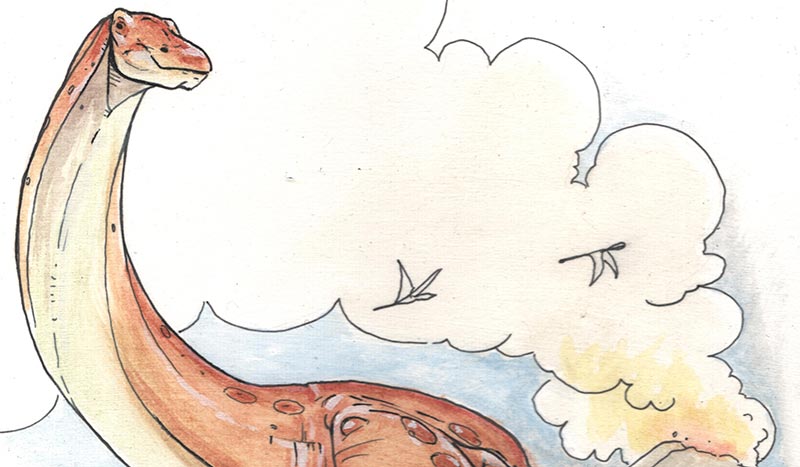 A is for Alamosaurus
Meet Alamosaurus, the giant sauropod that was longer than two and a half school busses and weighed more than five elephants! You might recognize this dinosaur—an Alamosaurus family can be seen bursting out of Dinosphere® at The Children’s Museum! 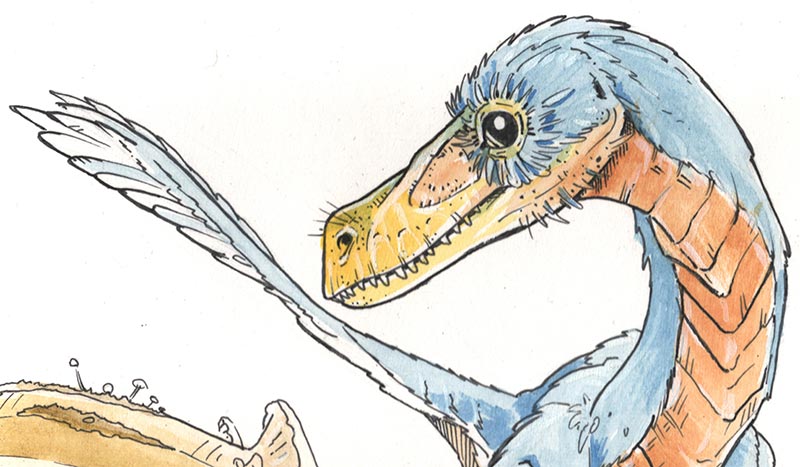 B is for Bambiraptor
Say hello to Bambiraptor, a small carnivorous dinosaur that weighed about as much as a chicken! This tiny dinosaur is pretty cute for a dinosaur with sharp teeth. Find out why this cute dinosaur was such an important discovery. 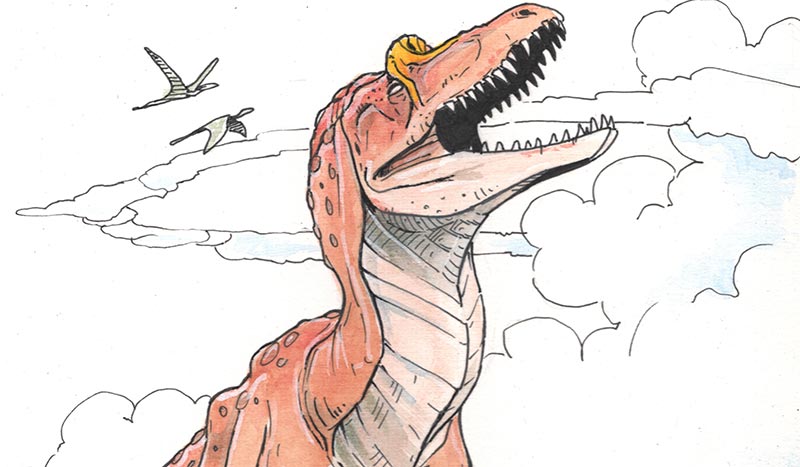 C is for Cryolophosaurus
Allow us to introduce you to Cryolophosaurus—”cold crested lizard.” Why do you think scientists gave it that name? Dr. Egerton shares the story of this extraordinary creature that was discovered in a place that might surprise you. 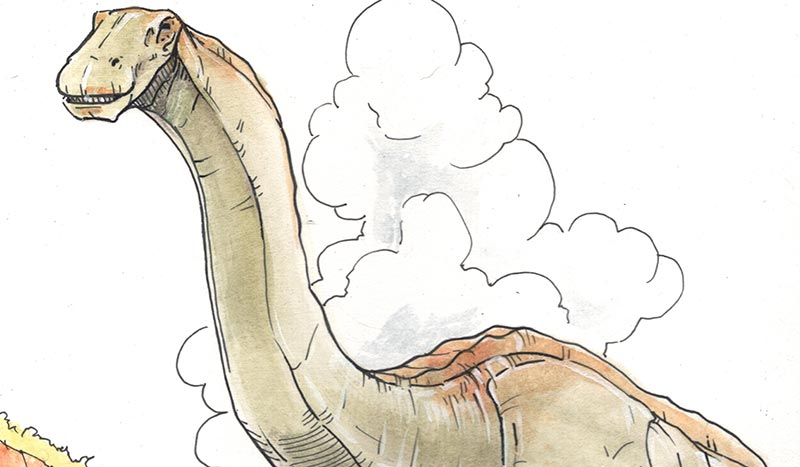 D is for Diplodocus
It’s possible that a grown-up Diplodocus could have measured over 100 feet long. That’s as long as a blue whale! Dr. Egerton shares more about this giant beast that’s coming to Giants of the Jurassic™ inside Dinosphere® at The Children’s Museum. 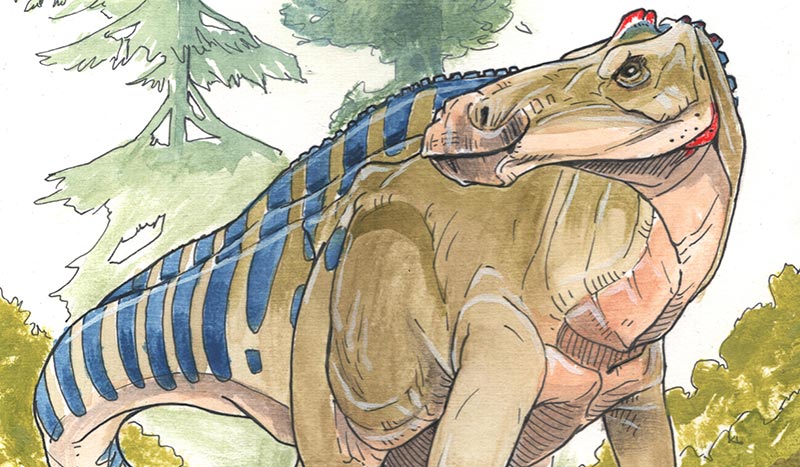 E is for Edmontosaurus
This duck-billed dinosaur could have lived to be larger than a school bus, weighing more than an elephant! Find out how Edmontosaurus specimens have helped scientists learn about what dinosaurs looked like millions of years ago. Did someone say dino mummies? 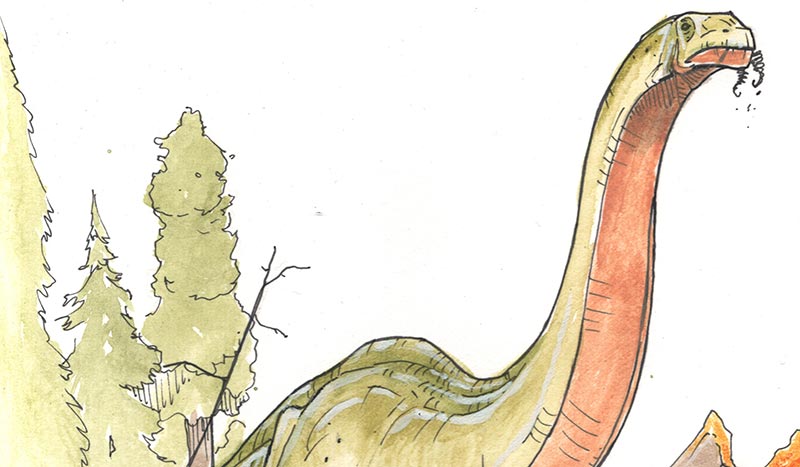 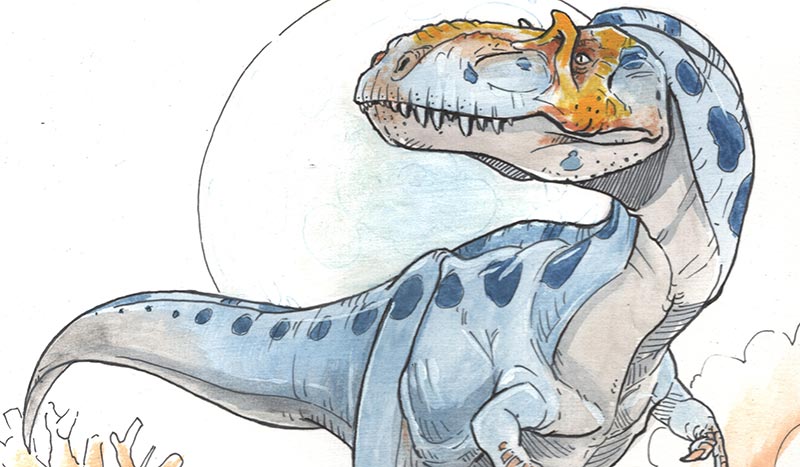 G is for Gorgosaurus
You might think that being top of the Late Cretaceous food chain meant Gorogosaurus had a pretty easy life. As Dr. Egerton explains all of the injuries found on the fossil at The Children’s Museum, you’ll come to a different conclusion! 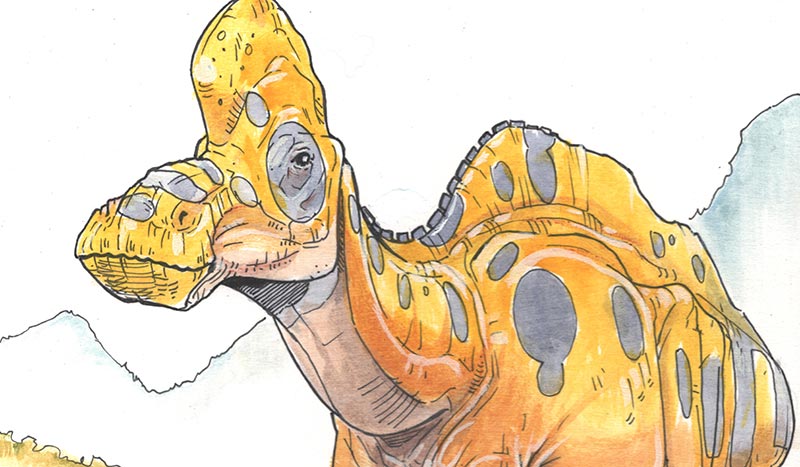 H is for Hypacrosaurus
Hypacrosaurus—a duck-billed dinosaur like Edmontosaurus—has a hollow bony crest on its head. Why do you think they had these? Dr. Egerton shares some paleontologists’ theories about these adult Hypacrosaurus crests. 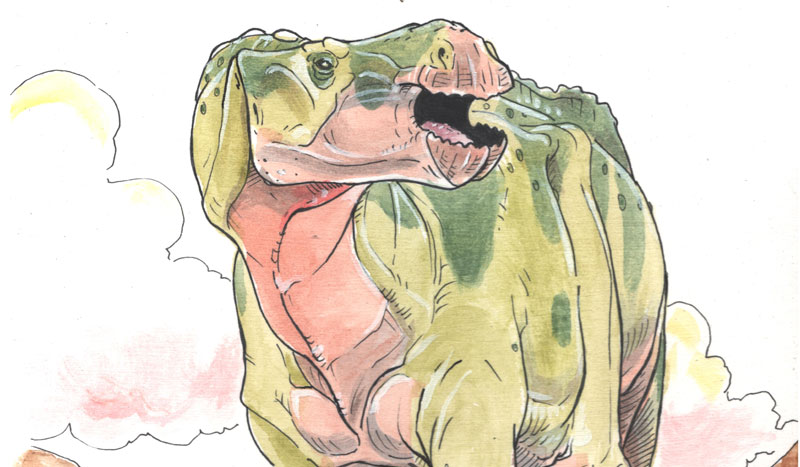 I is for Iguanodon
This spike-thumbed beast was one of the first dinosaurs to be named. As Dr. Egerton explains, scientists’ understanding of Iguanadon has gone through some significant changes since its discovery in the 19th century. 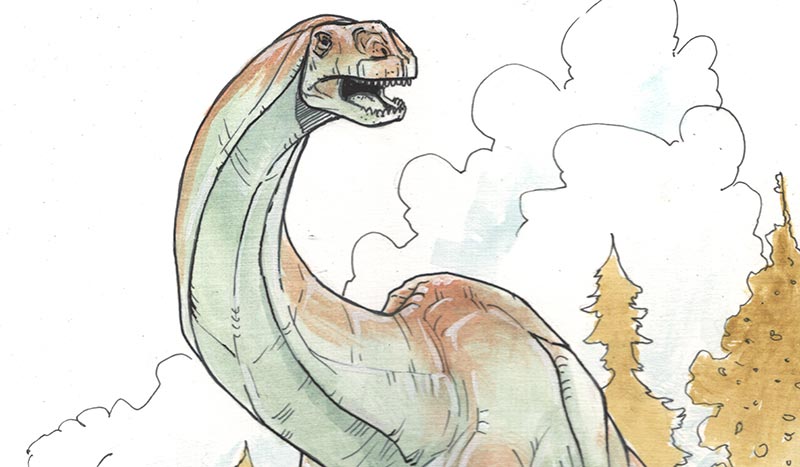 J is for Jobaria
This giant sauropod was discovered in the Sahara Desert. How could a dinosaur like Jobaria grow so big in the middle of a desert? Dr. Egerton explains how environments were different in the Jurassic Period. 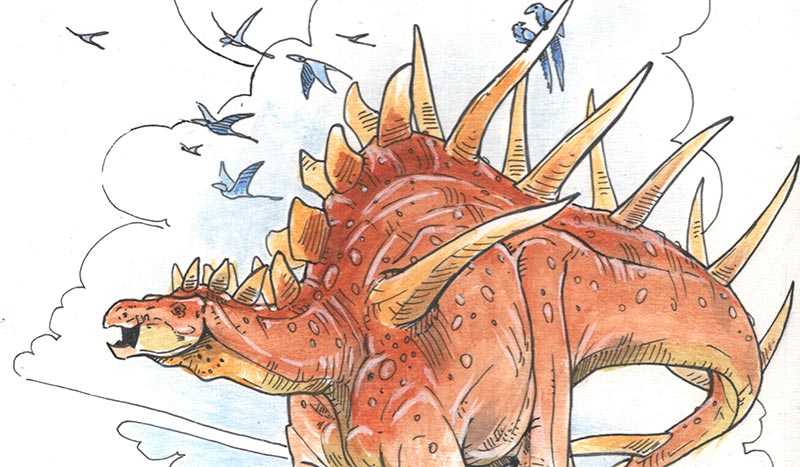 K is for Kentrosaurus
Dr. Egerton introduces us to Kentrosaurus, a herbivorous dinosaur with large plates along their back and spikes at the end of their tails. Why do you think they had all of these plates and spikes? 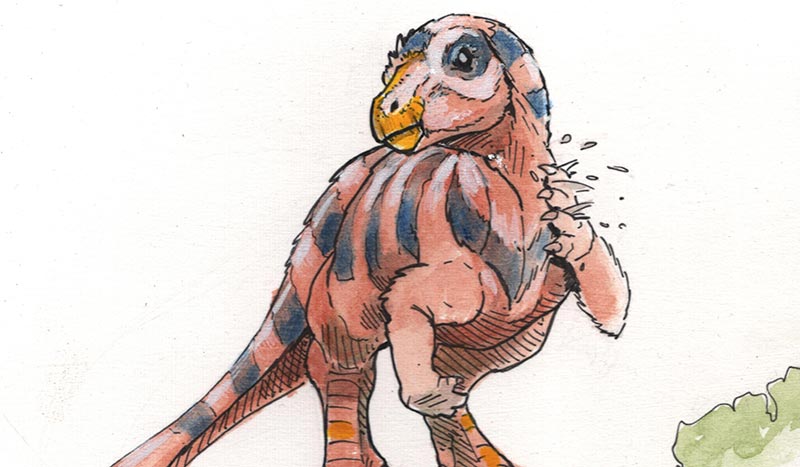 L is for Leaellynasaura
Meet “Laellyn’s Lizard,” a cute little dinosaur from southeastern Australia. Leaellynasaura had giant eyes for its size. Dr. Egerton shares why scientists think their eyes were so enormous. 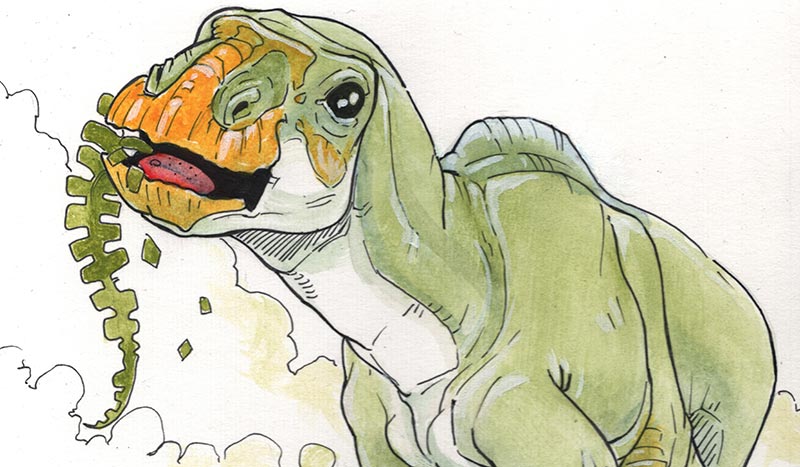 M is for Maisaura
Have you ever heard of Egg Mountain in Montana? Dr. Egerton explains how the discovery of Maiasaura fossils in Montana changed the way scientists thought about dinosaur behavior. 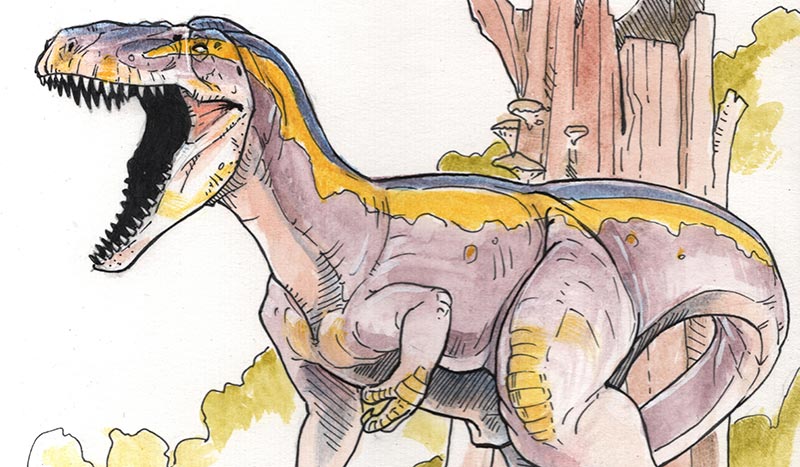 N is for Neovenator
Neovenator is a noteworthy dinosaur, discovered in England. Dr. Egerton explains how clues from its teeth and skull bones tell us how this theropod lived, and what it might have eaten! 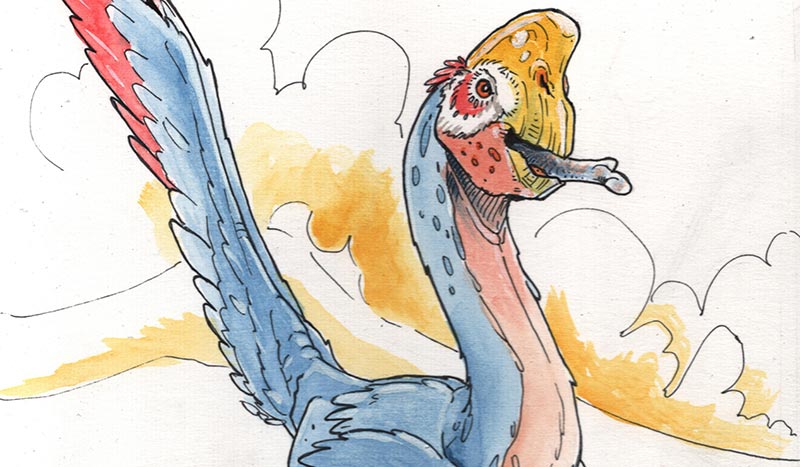 O is for Oviraptor
The Oviraptor was an “egg thief.” Or was it? Dr. Egerton shares how our understanding of this feathered theropod has evolved over time. This has helped us know more about their descendants—birds! 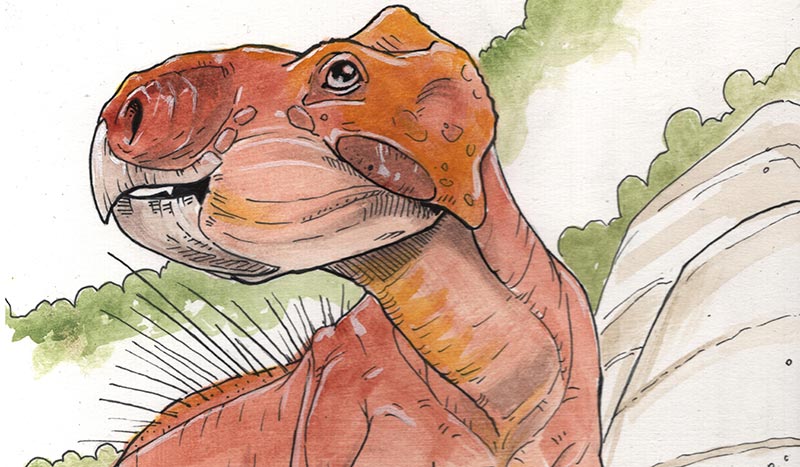 P is for Prenoceratops
You might remember the (relatively) small Frannie the Prenoceratops from Dinosphere®. Dr. Edgerton shares some fascinating information about this ceratopsian dinosaur before you see her again in Creatures of the Cretaceous™ inside the new Dinosphere®! 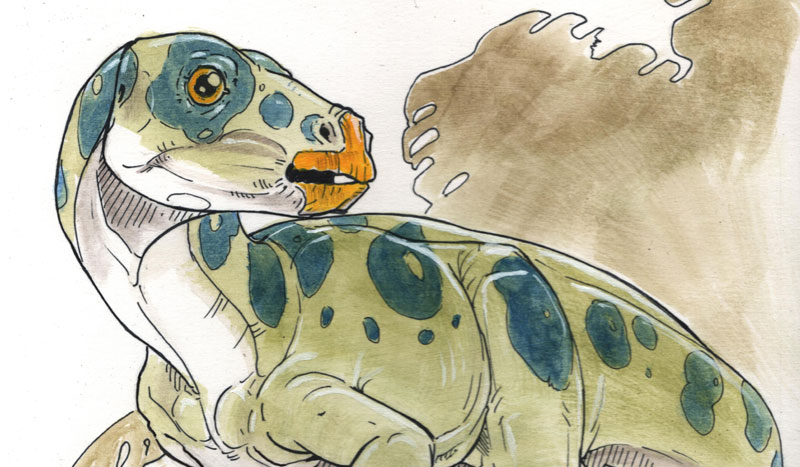 Q is for Qantassaurus
A dinosaur found in Australia that’s roughly the size of a kangaroo? Hop on over to learn more about this cute little dinosaur and discover how dinosaurs get their names! 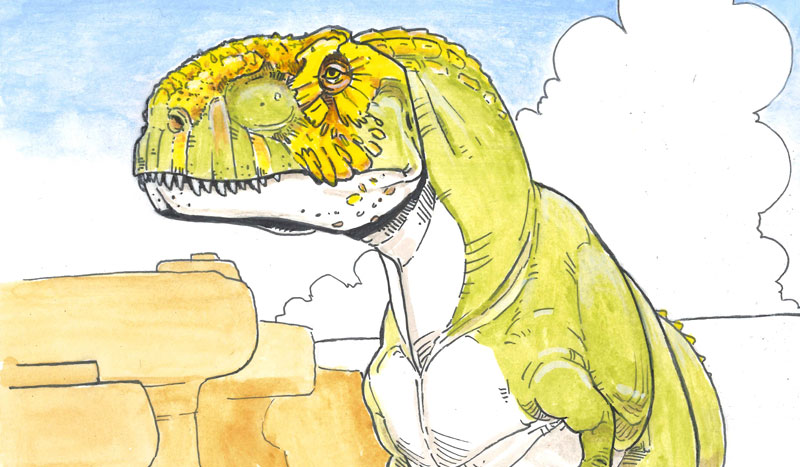 R is for Rajasaurus
The Rajasaurus lived in a river valley in what is now known as India 67 million years ago. Its name was inspired by the Sanskrit word raja, meaning king, for the “crown” of small horns on the skull. 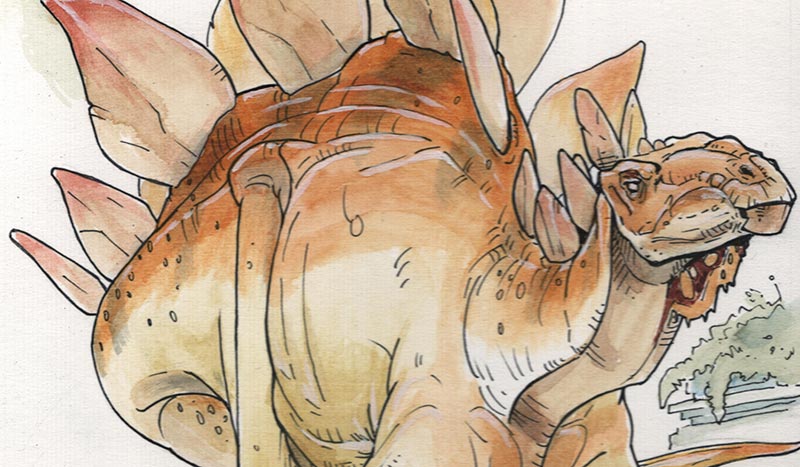 S is for Stegosaurus
With two rows of plates that go down their backs and spikes at the end of their tails, Stegosaurus has been a fan-favorite since its discovery in the 19th century. Join Dr. Egerton as she shares why they have those plates and spikes to begin with. 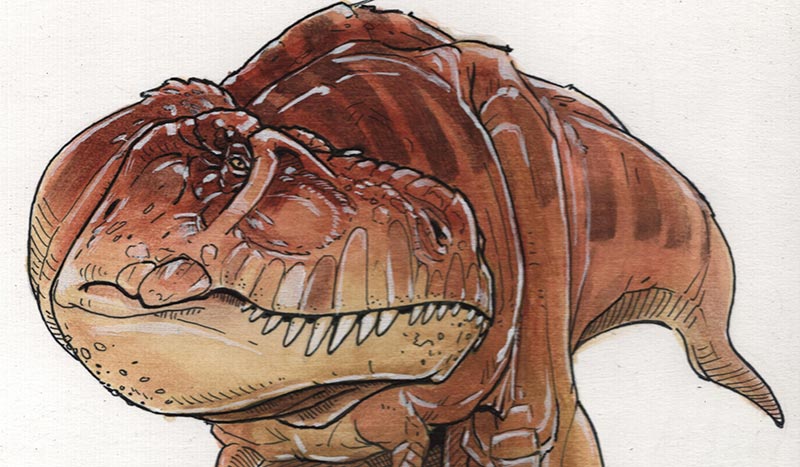 T is for Tyrannosaurus
We’re big fans of Bucky, a teenage Tyrannosaurus. Dr. Egerton gives us the inside scoop on their hunting practices. Learn more about the most popular dinosaur before visiting them again in Creatures of the Cretaceous™ inside the new Dinospere®! 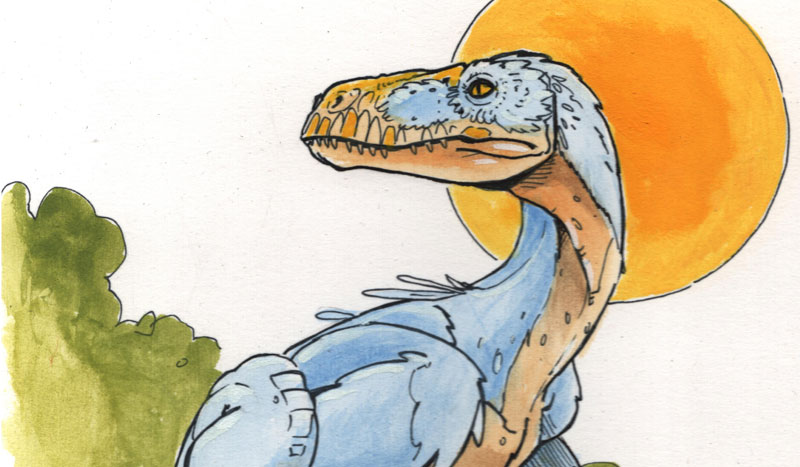 U is for Utahraptor
Dr. Egerton calls the Utahraptor the ultimate large raptor. With retractable claws that are larger than those of a lion, you might think that it’s a prehistoric predator that’s a perfect fit for a blockbuster film franchise. Now that you mention it… 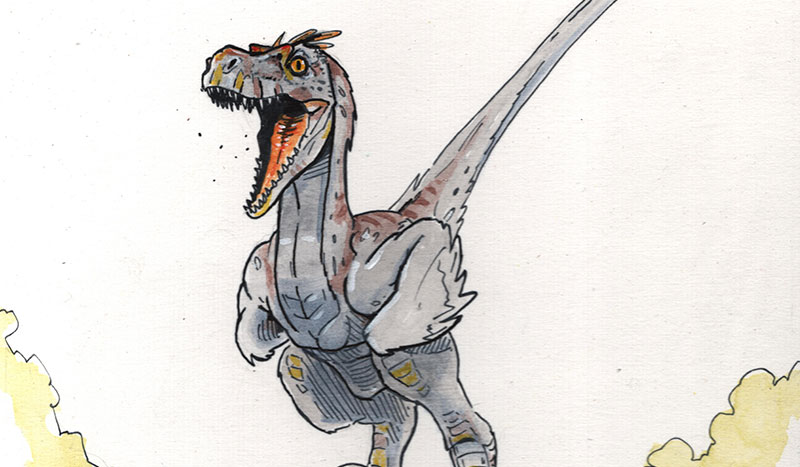 V is for Velociraptor
Despite popular depictions in the media, Velociraptor was only around the size of a turkey. Dr. Egerton shares an amazing discovery about this fascinating—and often misrepresented—dromaeosaur. 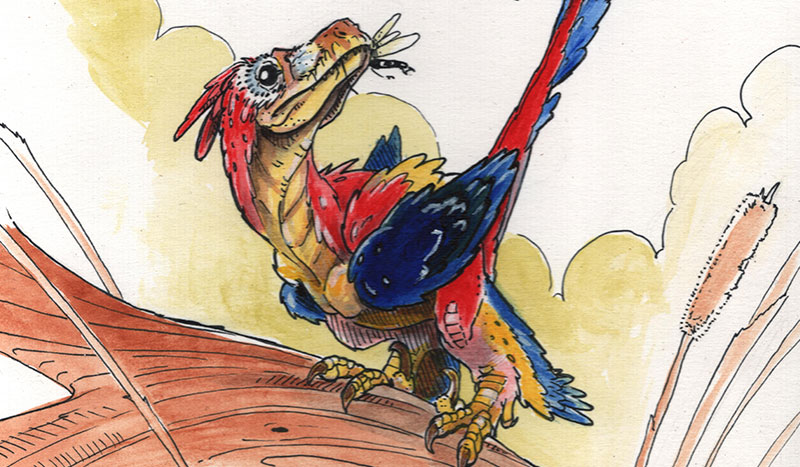 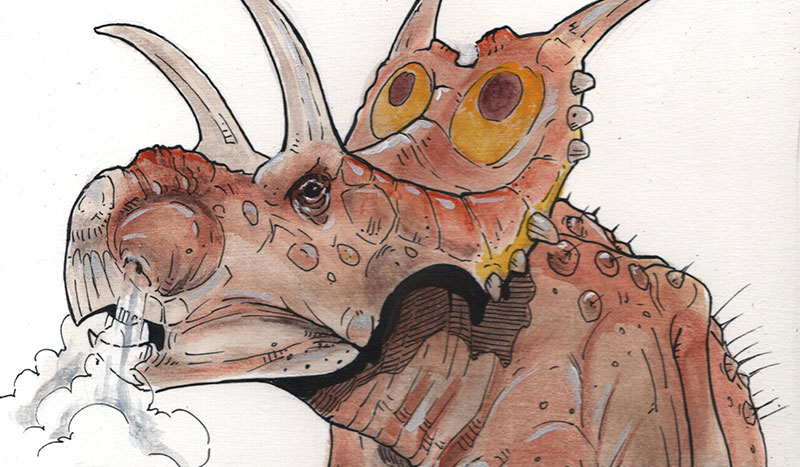 X is for Xenoceratops
Do you see the giant frill at the back of the Xenoceratops head? How about those horns? Why do you think this centrosaurine has those features? 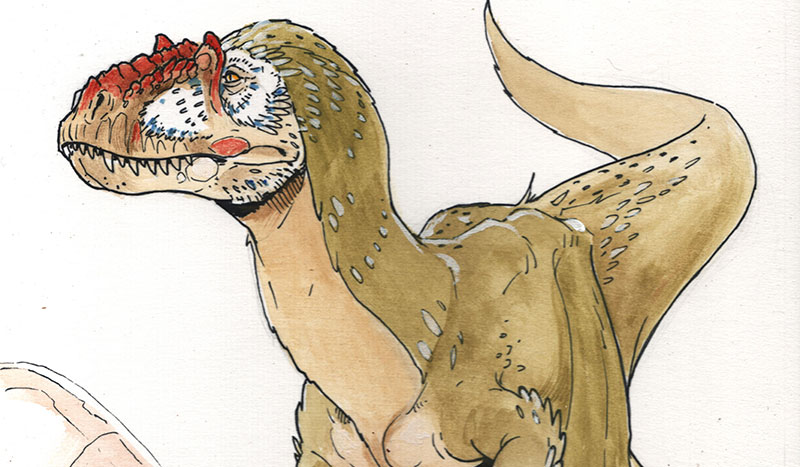 Y is for Yutyrannus
When this tyrannosaurid was discovered, it was the largest dinosaur ever to be found with feathers. The largest Yutyrannus discovered was approximately 30 feet long and weighed as much as a rhino. Why would such a large creature be covered in feathers? Dr. Egerton shares some scientific insight. 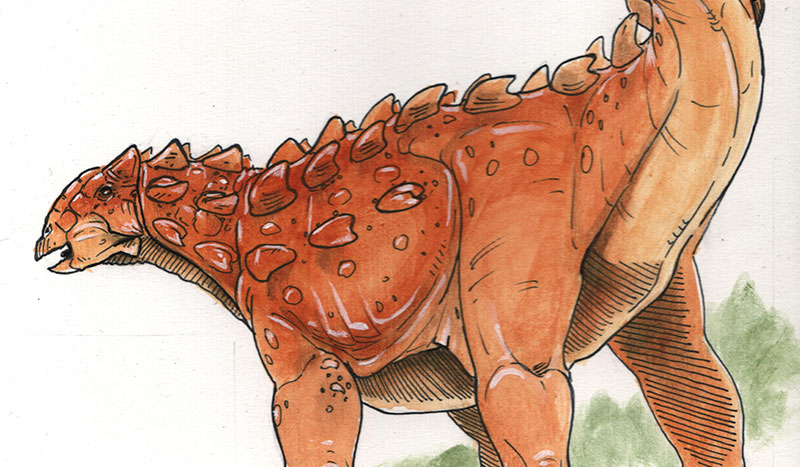 Z is for Zuul
We conclude our stomp through the alphabet with an armored dinosaur that was built like a tank. This ankylosaur dinosaur was named after a character in the film Ghostbusters. It’s the perfect exclamation point to our journey!