Home / Exhibits and Experiences / The Power of Children®
1

The Power of Children®

This exhibit will be closed July 13-Sept. 18 while we add the story of a fourth child—Malala Yousafzai—to the experience.

We can all make a difference.

Deep down we all want to be heroes. Ignite a passion for changing the world around you through the powerful stories of three extraordinary 20th-century children—Anne Frank, Ruby Bridges, and Ryan White. Recommended for ages 8+.

The stories of extraordinary children in history can inspire children today to fight discrimination and intolerance and make a positive difference in the world. Anne Frank
Experience Anne’s tremendous message of hope amidst the terrors of the 1940s Holocaust.

Nearly every schoolchild knows the story of Anne Frank; her diary is required reading in many schools. Through her writing, we have a first-person account of a Jewish girl’s experience of the Holocaust: the fear, the hiding, the hope of a better future. Ruby Bridges
See bravery beyond words through the story of a first-grade girl in the newly desegregated schools of New Orleans in 1960.

The year Ruby Bridges was born, the Supreme Court of the United States charted a new course for the nation in Brown v. Board of Education, ruling that segregation of black students in public schools was inherently unequal. Six years later, Ruby herself put a personal face on this momentous decision when she was among the first black students to integrate the white school system in New Orleans in 1960. Ryan White
Learn how this young teenage Hoosier fought fear and misinformation about AIDS head-on in the 1980s.

In the early 1980’s, reports of a new disease called AIDS (Acquired Immune Deficiency Syndrome) terrified the nation. Even after facts became available about how AIDS is spread, fear and misinformation were rampant. Ryan White, a teenager who contracted AIDS through medication for his hemophilia, was expelled from his school due to his condition. His fight to be allowed to return to school and live a normal life made him famous around the world. We are excited to add Malala Yousafzai as the fourth child in The Power of Children exhibit. Opening Sept. 2021, this will be the ONLY permanent exhibit featuring Malala Yousafzai in the world! Malala is a Pakistani activist for female education. She became the youngest person ever to be awarded the Nobel Prize. She is known for human rights advocacy, especially the education of women and children in her home of Swat Valley in northwest Pakistan, where the local Taliban had at times banned girls from attending school. Malala used the Power of Education to fight for human rights.

The expanded portion of the exhibit will feature her life, the challenges she faced as she attempted to get an education and the positive impact she has had around the world. We will recreate her home in the Swat Valley and present information about her life—showing how she used the family computer to express her message. The exhibit will feature her legacy and also showcase other girls who stood up for the right to attend school. 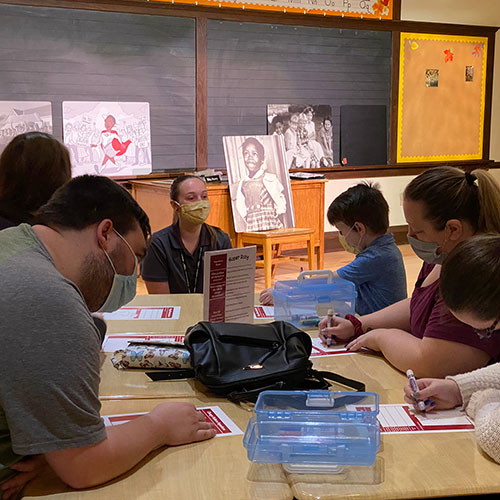 Learn how you can make a stand for social justice! Details 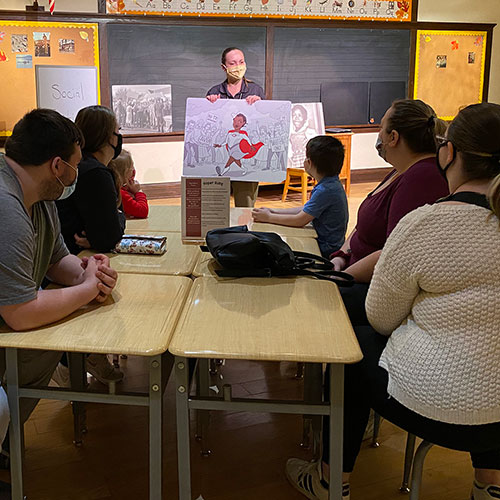 The Power of Children Workshop

Discover how you have the power to make a difference today! Details