The History of the Broad Ripple Park Carousel

One of the most beloved experiences at The Children’s Museum can be found on the very top floor—the Broad Ripple Park Carousel. Families gather throughout the day as visitors of all ages enjoy a ride on an iconic piece of Indianapolis history. The twinkling lights, laughter, and music of the Carousel are well-known to museum visitors, but do you know where it came from? While the Carousel has been part of the museum for over half a century, its history goes way back to the early 1900s.

This carousel’s original home was a segregated park. For years after it opened in 1917, only White families were welcome to ride the carousel at its home in White City Amusement Park, later renamed Broad Ripple Park. The carousel left the park in 1956 and reopened in 1976 at The Children’s Museum of Indianapolis, where all families are welcome to ride. How did it end up here? Take a look back at the history.

In 1956, decades after the first children rode the Carousel, the building that housed it collapsed and destroyed the rotating machinery. Luckily, most of the actual horses and other animals were left intact. In the years that followed, the surviving animals were used in a variety of ways—including Christmas displays. The Children’s Museum acquired the animals in 1965, but it took another ten years before full restoration efforts were undertaken.

All of the parts for the newly-constructed rotating and sweeping mechanisms were assembled on the fourth floor of the museum in late 1975. A classic Wurlitzer carousel organ was added after being rebuilt by Carval Stoots of Plainfield, Indiana.

Now, thousands of people ride the Carousel every year (some even take a #carouselfie as they ride). 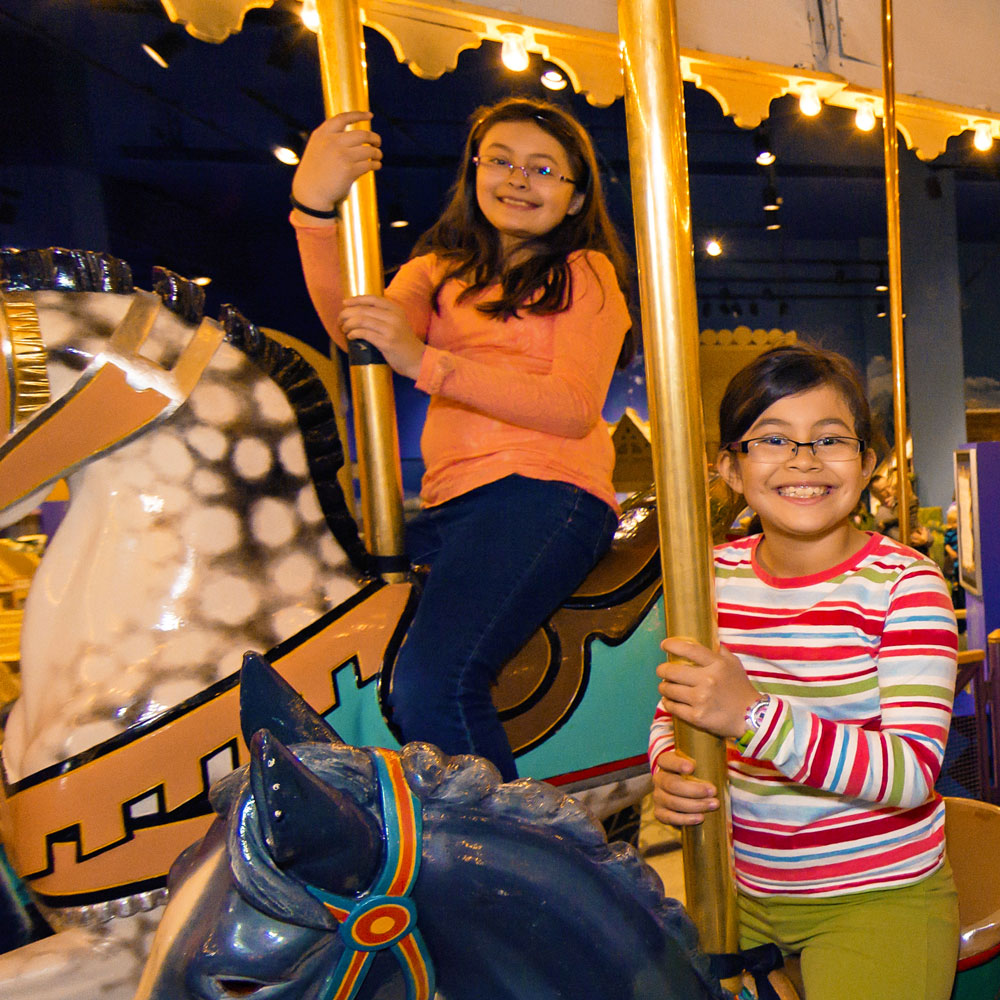 If you've yet to experience the Carousel, come and see the magic for yourself! You'll leave with a favorite Carousel animal—do you prefer the jumpers? The giraffes? How about the lion...or the goat?

Here are ten more facts about the Carousel every visitor should know: