Born an ordinary girl from Frankfurt, Germany, Anne Frank is remembered for her extraordinary message of hope amidst terrors of the Holocaust.

To escape the antisemitism of Nazi Germany, Anne’s family chose to emigrate to The Netherlands in 1933. Anne’s father, Otto Frank, left first to establish his business, Opekta, a company licensed to sell pectin, a setting agent used in jam. The family followed, enrolled in school and began living their normal lives again.

But, in May 1940, the Nazis invaded The Netherlands and stripped the local Jewish population of its rights. After Anne’s sister, Margot, received a call for work duty, the Franks went into hiding in a secret annex located in the back of the Opekta building and only accessible through a movable bookcase. With help from Otto’s co-workers, Victor Kugler, Johannes Kleiman, Miep Gies and Bep Voskuijl, the family lived quietly and fearfully indoors for two years.

Throughout her stay, Anne wrote a diary. This diary, after her death, would reveal to the world a first-person account of a Jewish girl’s experience of the Holocaust: the fear, the hiding and the hope for a better future. In her triumphant story of the human spirit, we see Anne not only as a victim and a survivor, but also as the ordinary kid she so much desired to be. 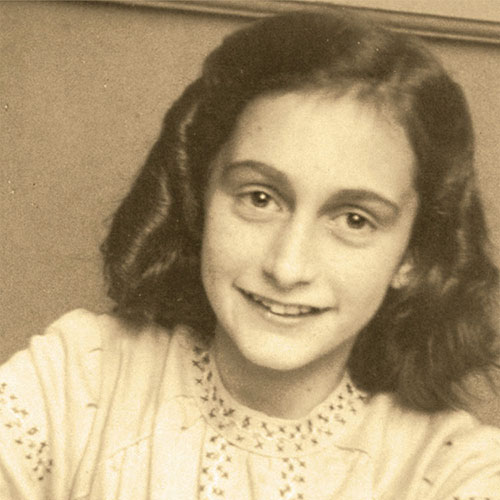 Here are 10 facts about Anne’s life as just another kid:

She sounds like many other teenagers you know, doesn’t she?

Seventy-three years after she started her diary, Anne Frank’s story continues to inspire many. She reminds us that extraordinary stories often come from the most ordinary of kids. As children, teenagers and adults, we all have the power to fight discrimination and prejudice.

To discover more about Anne Frank and her positive impact on the world, be sure to visit The Power of Children gallery at The Children’s Museum of Indianapolis.