Amateur Astrophotography is Out of This World!

The sky is full of wonderful things like galaxies, nebulae, comets, planets, and moons. These are impossible to see without special equipment. Although you can’t see them on your own, they’re out there—and they’re beautiful. 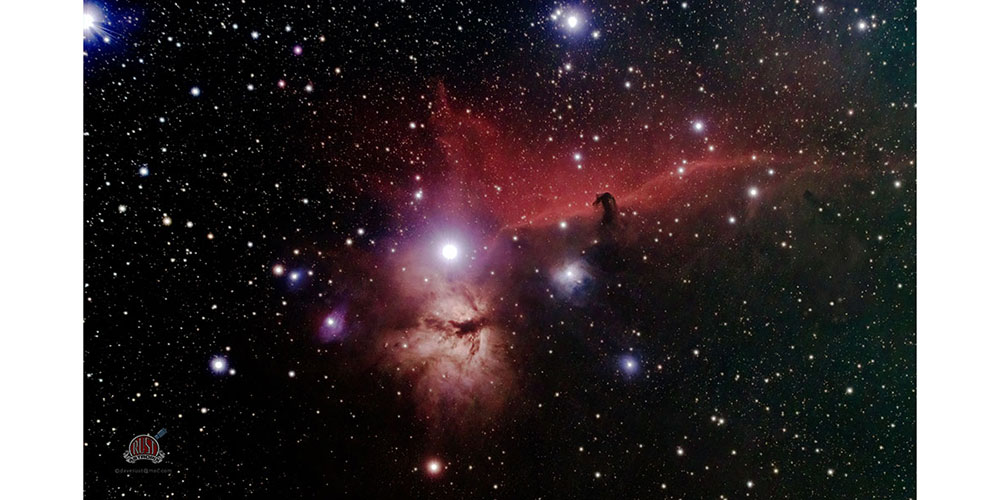 Lauren:
I’m the Experience Development Project Coordinator. I facilitate communication among teams within the division, and from exhibit project teams to other teams in the museum. For exhibit projects, I keep a close watch on our budgets, order a lot of the props and supplies we use in the exhibits, and work closely with the exhibit project manager on logistics. Within the division, I often facilitate communication between our team and other divisions, help direct people to resources, and track overall division spending.

Dave:
I’m a video producer and still photographer for The Children’s Museum. I joined the museum after many years as a news videographer, graphic artist, recording studio engineer, and eventually a media production manager. It’s pretty clear from that trajectory that I love working with electronic gear to communicate creatively. 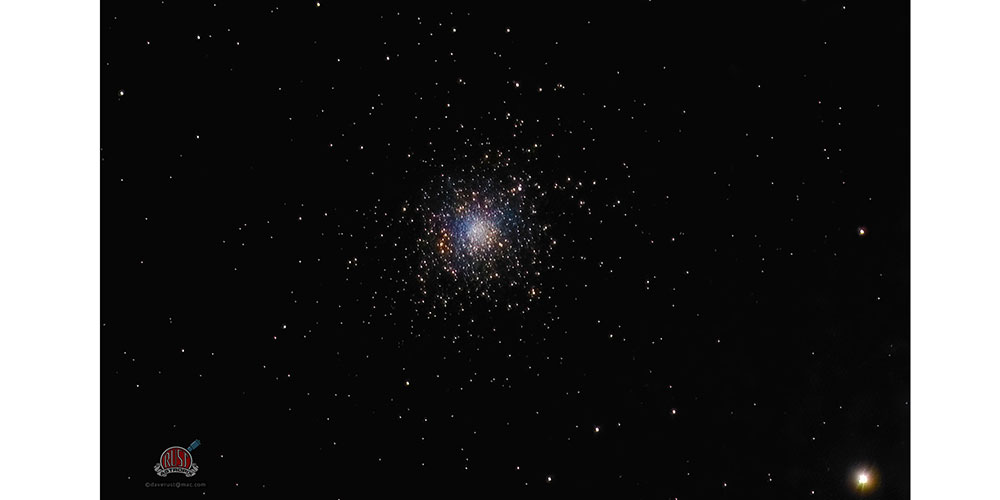 How’d you get into astrophotography?

Lauren:
I’ve wanted to try astrophotography since I was a teenager, but seeing (and photographing) Comet NEOWISE this summer was what finally prompted me to take the plunge. By the time I got a clear night, NEOWISE was pretty faint. I couldn’t see it without binoculars, and it took a lot of trial and error to point the camera in the right spot. So I found myself wishing I had a telescope. Apparently everyone else in North America had the same idea. Telescope sales went up by as much as 400% in 2020. But, since I was (and still am) home all the time because of the pandemic, this seemed like the perfect opportunity to tackle something with a steep learning curve. I have plenty of time right now, and didn’t have to venture beyond my backyard. I have a Master of Fine Arts degree in photography and loved the astronomy course I took in college, so combining those two interests was intriguing to me.

Dave:
I’m a lifelong still photographer and am interested in so many things. Shooting pictures of objects in the universe can be difficult and it’s an opportunity to learn how to get the most out of a camera. In that fashion, it makes me better at terrestrial photography, too. As far as shooting the sky, the images that I get invite thoughts about the meaning of life, grasping the concept of infinity, and the fact that someone else is out there looking at our galaxy right now and having the same thoughts. Along the way I pick up nuggets of real science knowledge—the physics of light travel, spectrum analysis, doppler shift, gravity impact—topics that would ordinarily scare me away.

Lauren:
So far my best images are of the Moon. Even though it’s very familiar, the detail you can see through a telescope is incredible. I’ve photographed the Moon many, many times over the years, but photographing through a telescope means I can capture details that aren’t visible to the unaided eye. Suddenly, there are hundreds more craters visible on the surface, and particularly when the sun is at an angle (i.e., when the Moon isn’t full), the rims of the craters cast shadows that make it possible to see how much they differ in size and depth. The surface even has a greater variety of color. Getting a closer look through a telescope means being able to see more detail in the maria, which are the basalt plains formed by ancient lava flows that make up the dark areas of the moon’s surface. 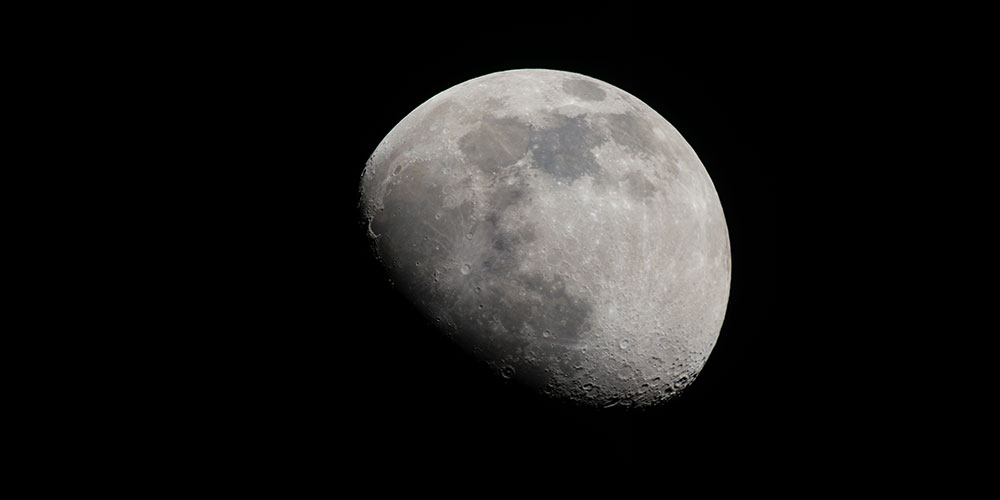 The Orion Nebula is amazing. I look forward to being able to work with it more next winter when I have more experience and some pieces of equipment that are currently very, very backordered. People are often disappointed when they look at a deep sky object like a nebula or galaxy through a telescope and it doesn’t look like a photo from the Hubble Space Telescope. The human eye doesn’t perceive color in dim light very well, so anything dimmer than a planet will likely appear gray to us. A digital camera’s sensor is much more sensitive and can collect light for several seconds or minutes at a time to be able to capture color. Seeing blues and purples appear in the photo that I couldn’t see through the telescope is pretty amazing!

Dave:
I just got involved with astrophotography this past December. For most of us just getting involved in the hobby, the first image is often the Andromeda Galaxy. It’s darn close to our own and one day the two will likely merge. Since it’s too dim to see with our eyes, most folks don’t know that Andromeda’s appearance in the sky is four times bigger than a full moon! So you can imagine that most telescopes, regardless of size and cost, can see that object well. I was stunned when I first brought the image of Andromeda up on my computer screen. So much detail! Andromeda is similar to our Milky Way, so I can’t help but look at it and think about what it means to be a part of our own galaxy. That first impression is what gave a boost to my interest in astrophotography. The next thrill came from pictures of nebula in the constellation Orion.  They’re about the brightest in the Fall and Winter sky and so are very impressive when seen up close. If you have heard of the Horse Head Nebula, that is one of the ones you’ll find in Orion. 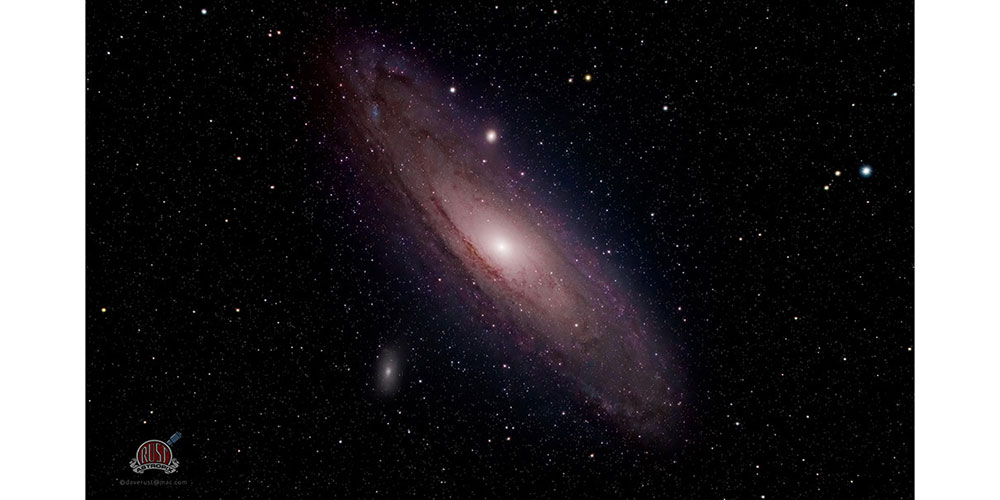 What advice would you give to someone who wanted to give astrophotography a try?

Lauren:
First and foremost, it’s important to start with a good working knowledge of the night sky. If you want to photograph something, you have to be able to find it first, so learning constellations is critical. This doesn’t require special equipment. There are many smartphone apps that can help guide you, but a good old paper star chart or sky atlas is just as good. Many telescopes are available with a computerized “go to” function—you enter what you want to see into the hand controller, and the telescope will move to that object; however, for that function to work, you still have to start by aligning the telescope by confirming the positions of two stars. An expensive setup isn’t a substitute for knowing the sky.

The other important component is patience. In addition to the trial and error that it takes to get the right focus and exposure time, learning new software, or waiting on backordered parts, waiting for a clear night can be frustrating. You never realize just how many cloudy nights Indiana has until you want to look at the sky!

Astrophotography is challenging. The advice I generally give for photography—the best camera is the one you have available—doesn’t quite work. Equipment does matter.

It’s important to do a lot of research and make sure the equipment you’re choosing is well-suited for photography; not every telescope tube will produce good results with a camera attached, and different kinds of telescopes are better suited to different types of objects. A telescope that’s great for viewing planets is often not a good choice for photographing galaxies and nebulae.

Dave:
Avoid throwing money at the hobby, at least at first, and see how innovative you can be with an ordinary tripod and camera.

Astrophotography is not yet a mature pursuit. It can be expensive. On board computers now aid in finding objects and tracking them accurately across the sky. 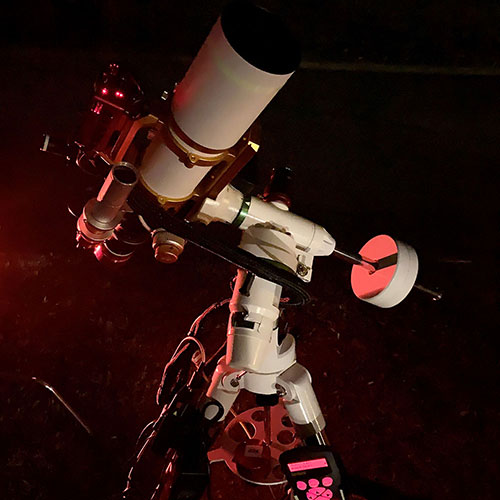 Get a rig that will be good enough to keep you interested but not so complicated that you feel like you can’t learn how to use it. There is a lot of innovation by manufacturers, but—particularly with software—they aren’t yet developing universal standards that guarantee their gear will be compatible with other brands. Additional research with those online resources can help you make the right choice in that first telescope purchase.

A general rule with telescopes is that refractors—uses glass lenses only—are easier to use and maintain. Reflectors—mostly use a big curved mirror—are much cheaper for similar quality but are also more finicky to keep adjusted for top performance.

Astrophotography is out of this world!