Save $10 on a Basic or Basic +2 membership through 12/9. Use code FLASHSALE22 at check-out (Not valid with any other offers. Not valid on gift memberships.) See member options. 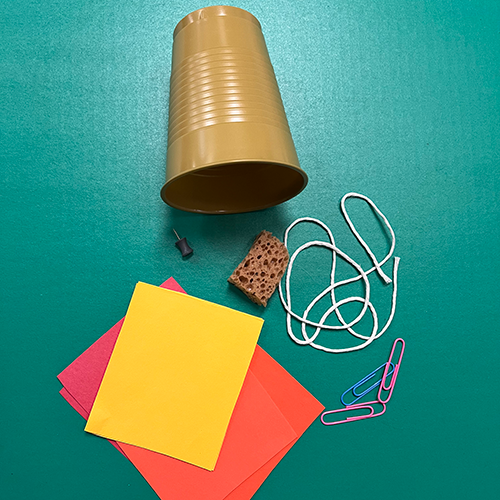 1. Cut a piece of your yarn/string that is about 20 inches long.
2. Have your adult make a hole right in the center of the cup’s bottom with your nail/thumbtack. Make sure the hole is big enough for your yarn/string to go through. 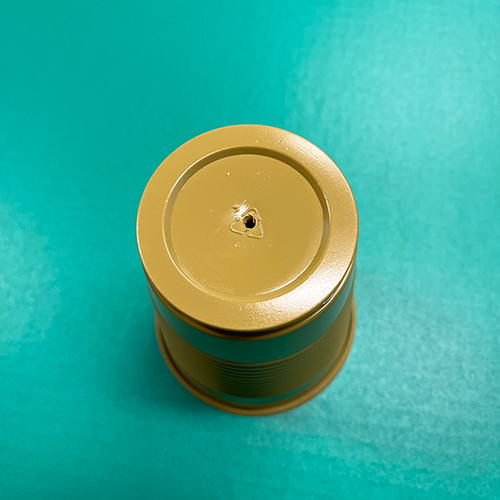 3. Tie one end of your yarn/string to your paperclip (maybe tape it for extra support). 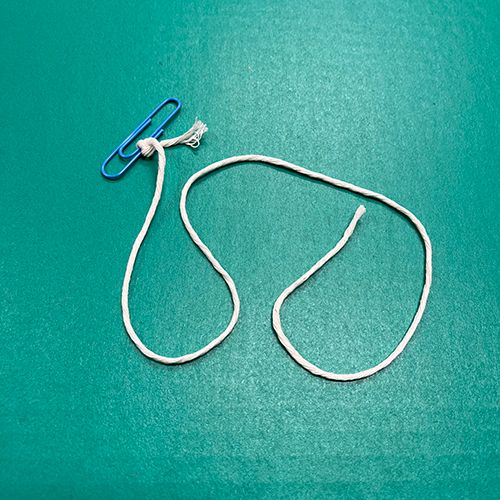 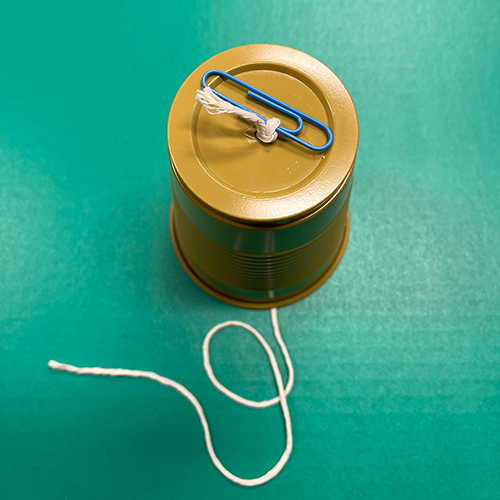 5. Snag a piece of paper towel. Fold it down so it’s 5-6 inches long and a few inches across. You can also use a piece of sponge.
6. Wet your paper towel. Get it damp, but not sopping wet.
7. Now for the turkey squawk! Hold the cup in one hand and your damp paper towel in the other. Fold the paper towel so you can pinch it on both sides of the string. Now jerk the string down. Just a short, hard pull. Hear that? That wonderful, joyful turkey call? Keep pulling down on the string to keep hearing it! 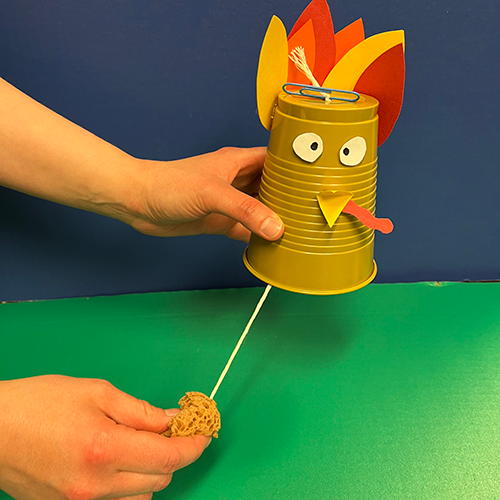 8. If you want, use paper to decorate the cup, and make it look like a turkey.

The Gobblephone may be a silly instrument, but it really is an honest-to-goodness instrument. It’s a simple one, but it works on the exact same principles as a guitar or a violin. Gobblephone, banjo, and even a piano, all work by making strings vibrate. Vibrating strings create sound. In some cultures, there is an instrument called a friction drum, that works just like the Gobblephone

Sound is a certain kind of vibration. It can move through any kind of matter, but typically, for us humans, it’s moving through air. In the case of your Gobblephone, the string vibrates, which makes the air around it vibrate, and those air vibrations travel through the air to your ears. Our brains translate the vibrations into sound!

So why does the Gobblephone have a cup? Try rubbing the wet paper towel on a string outside the Gobblephone. Not too loud, is it? That’s where the cups come in, and why your Gobblephone has something in common with a guitar: it has a sounding board and a resonating chamber. Normally the vibrations from a string like that are weak, which means a quiet noise. When you add the cup, your sounding board/resonance chamber, it does two things. First, since it’s touching the string, it vibrates with the string, which amplifies the string’s vibrations. Second, all of the vibrations bounce around inside the cup for a while before coming out, which means that later vibrations essentially get added to earlier ones, and the whole sound is louder when it comes out.